Who hasn’t heard a great song or watched a brilliant scene and not felt something? I never understood people who said they “didn’t like music”. What? Who the hell doesn’t like music?  It’s one of our species’ oldest traditions. You feel that shit in your bones when it’s right. How does someone not like comedy movies? You hate laughter and happiness? You sick bastard.

At their essence these mediums exist to give their audience a reaction. It can be joy or sadness, discomfort or delight, fear or relief. When the reaction is strong enough scenes and songs can become unforgettable. This is part one of two. In part two I’ll talk about my top TV music moments. The following are some of my favorite film music moments in no particular order. Share your favorite scene in the comments if it’s not on the list!

The stage is set. Over a thousand people are about to die and it’s your job to keep them calm. The end draws near. You are about to try your chances at escaping but realize there is nowhere to escape to. If Leonardo DiCaprio and Kate Winslet are screwed then you know you’re done too. The Titanic, the once unsinkable ship, is fucked. So what do you do? Play one last song as the ship sinks into the Atlantic. This scene is made all the more powerful by the fact that it really happened.

Honestly, if you can watch the opening scene from Wayne’s World without nodding your head or feeling just a little bit better than you did before watching it you’re fucking dead inside. In less than 4 minutes they are able to establish an engaging world while giving you insight into the main characters goals and personalities. All while making you want nothing more than to be in the car rocking out with them.

A fun evening out at Kabuki quickly takes a more violent turn. The drums keep us on edge as they ramp up and slow down along with the action. The Last Samurai isn’t everyone’s favorite but I honestly enjoyed this movie when I saw it in theaters. When Tom Cruise first came out in his samurai armor my cousin laughed out loud. Fair enough. 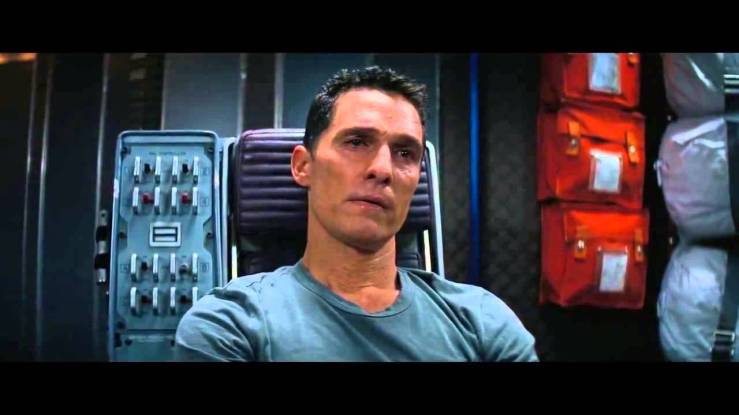 I love this soundtrack. Hans Zimmer is god damned masterful. Receiving his messages after years on an alien planet Matthew McConaughey is overcome with emotion. The movie itself is plenty entertaining but the soundtrack is what hooks you in. It takes you on ride of ups and downs but each and every step of the way it wants you in it. Interstellar keeps you feeling. Even if that means being without music for a short time if it better serves the tone. Just do yourself a favor and listen to the songs for the movie on their own.

Do yourself another favor and add Children of Men to your watch list if you haven’t seen it yet. Watch it again if you have. It’s a gorgeous film with cinematography that flows naturally effortlessly. 18 years ago the last baby was born. Infertility and instability have rocked the world. Also Charlie Hunnam has dreads. This is one my all time favorite scenes. Period.

Scott Pilgrim vs. The World

I wanted to end on a more fun and less super dramatic moment for now. I’m a big fan of the Scott Pilgrim comics. I actually started reading them after watching the trailer for the movie and thinking it looked amazing. Scott Pilgrim vs. The World is just a really fun movie. It’s visually stimulating, it’s funny, the music is great, and all those things truly work in unison. This scene sees Scott Pilgrim & Co. in a literal battle of the bands.

That’s all for now. More to come in like 8 months probably.